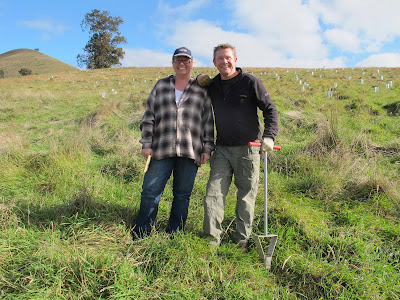 John Tilley was surprised and delighted to host 15 tree planting volunteers from the ANZ Risk Management Department on his Strath Creek Property. Janet had told him a few people were coming around to plant some trees in his 2ha steep hillside revegetation project. Very casual , landcare was organising the BBQ , toilet , plants and tools etc , just leave the gates open and leave it to us. John was amazed when he returned home to find a large team of volunteers had planted 400 plants and hand seeded the very steepest slopes where assess for the direct seeding machine would be impossible. This was my 3rd visit to the Tilley property since the fires and it was hearting to see things nearly back to normal .

It was great to meet many old friends in this team . They had helped out during last years ANZ Mega week and enjoyed themselves so much they signed up again this year. Hey Bridget , there were a few requests for the pumpkin soup ! Janet & Cath provided a BBQ lunch but we couldn’t do the 20 litres of pumpkin soup without Bridget . 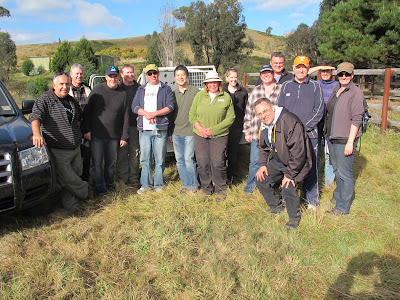 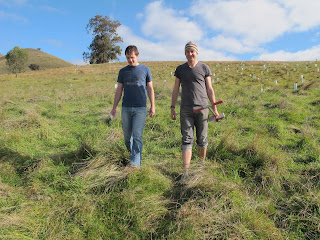 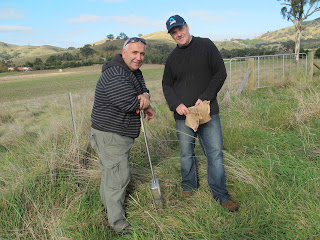 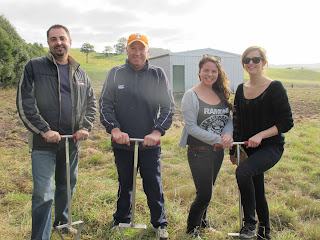