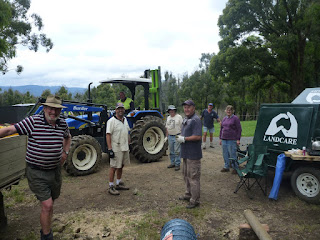 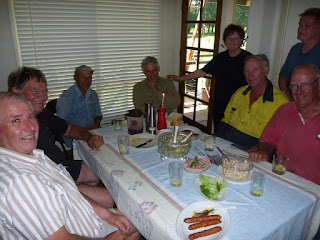 The last few months of 2010 was a fencing blitz for the fire affected people of Glenburn, Kinglake, Flowerdale and Pheasant Creek.

The volunteers kept coming. We had individual volunteers from Reservoir, Wallan and Belgrave; the Uniting Church boys from Shepparton and Benalla, Green Corps from Seymour, 4WD club from Melbourne, a corporate group from Earnst and Young and even a team of Rotarians from SA.
We’re all having a well earned rest over January but will be back into it in February. This time helping those patient residents of Clonbinane and Wandong who have had their names down on my list since early 2010.
Photo’s include the Shep boys being well fed by Des and De Cash of Kinglake West, the SA Rotarians at a Kinglake property and E & Y at Flowerdale. 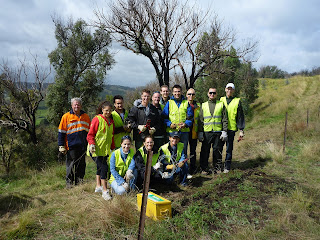